Its foundations being laid in Iskenderun in 1966, Fil Filter forms the future face of Turkey with its new, dynamic and entrepreneur personality as well as being the biggest filter factory of Turkey.

It was established in Iskenderun as private sector.

The License agreement signed with British WIX FILTER company achieved its goal and was terminated mutually.

Company was purchased by its today's owners and it was ensured that the company maintained its activities.

In line with the New Management objectives; first technologic and training investments move was initiated to develop capacity and standards.

Technology and training investments move was initiated second time in order to develop the capacity and standards.

Becoming a global supplier for many vehicle manufacturers at home and abroad, FIL FILTER resolved to establish a new factory in order to increase its capacity with new manufacturing technologies.

Operations were commenced for the new factory construction, new machines and devices were ordered.

80% of the new factory construction was completed, new machines and devices were begun to be delivered.

Fil Filter has received the "Original Equipment Equivalent" documents from T.S.E. as first company in Turkey

Fil Filter laboratory has received the ISO 17025 Laboratory Accreditation and ISO 50001 and ISO 27001 System Standards have been documented. 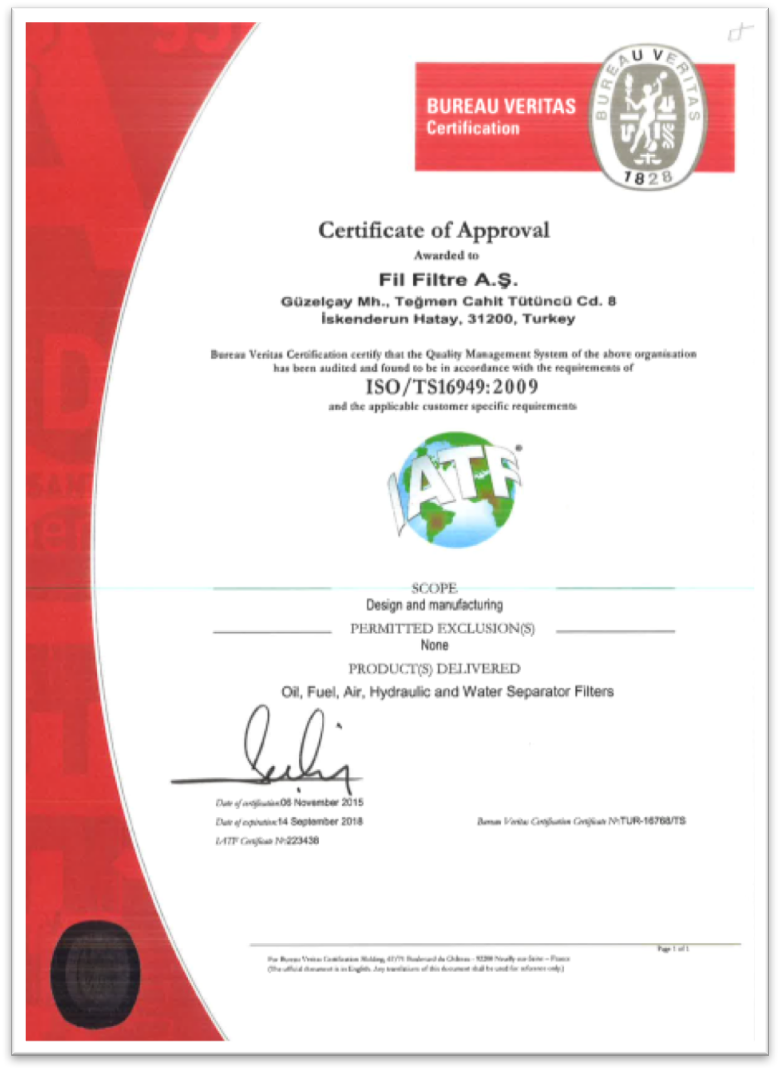 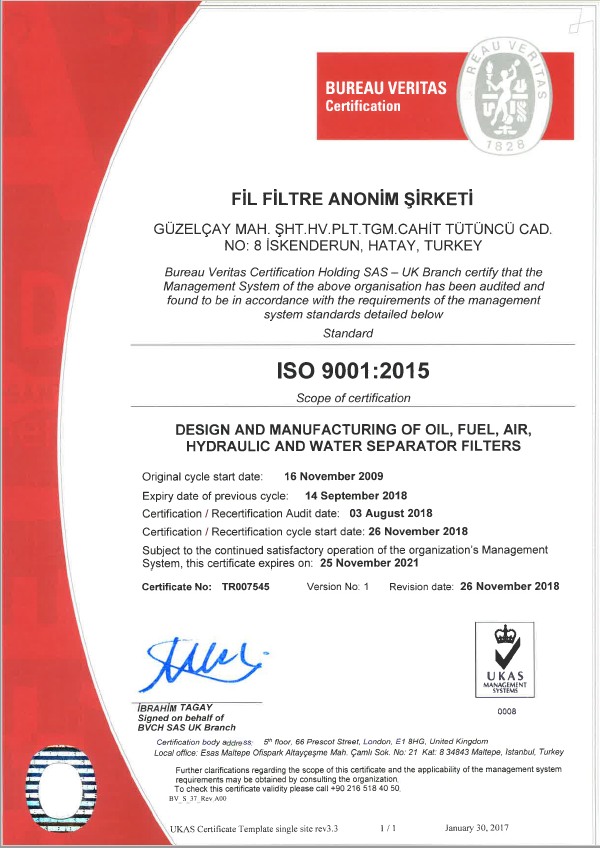 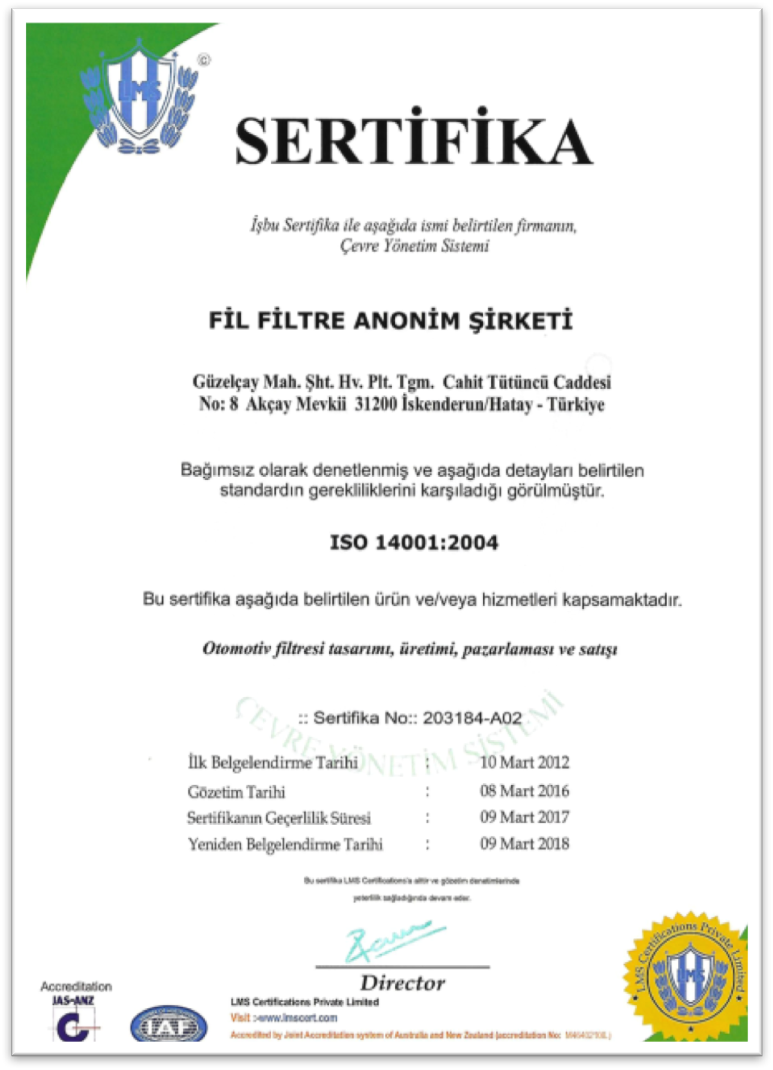 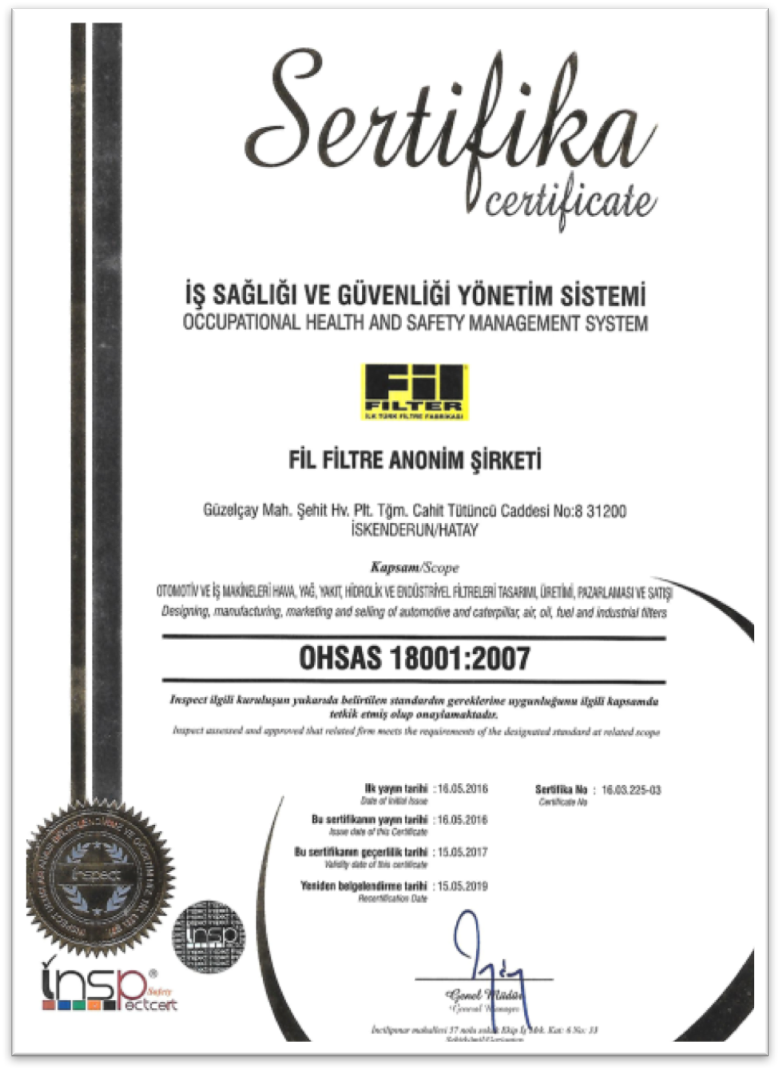 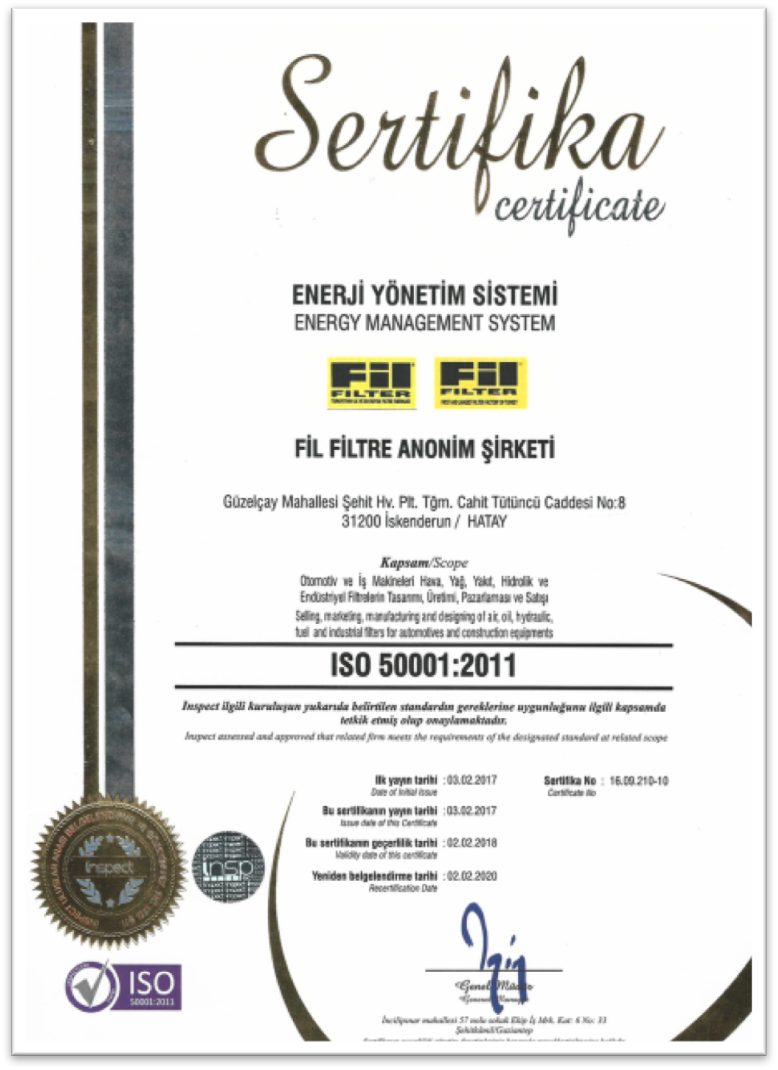 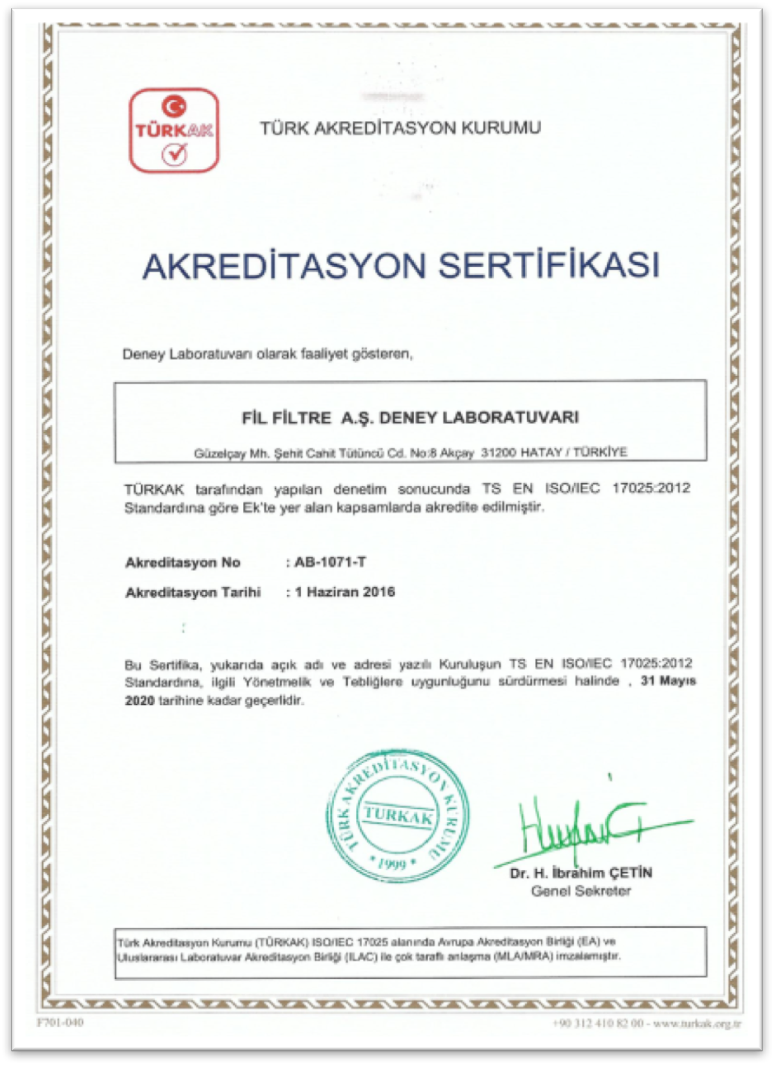 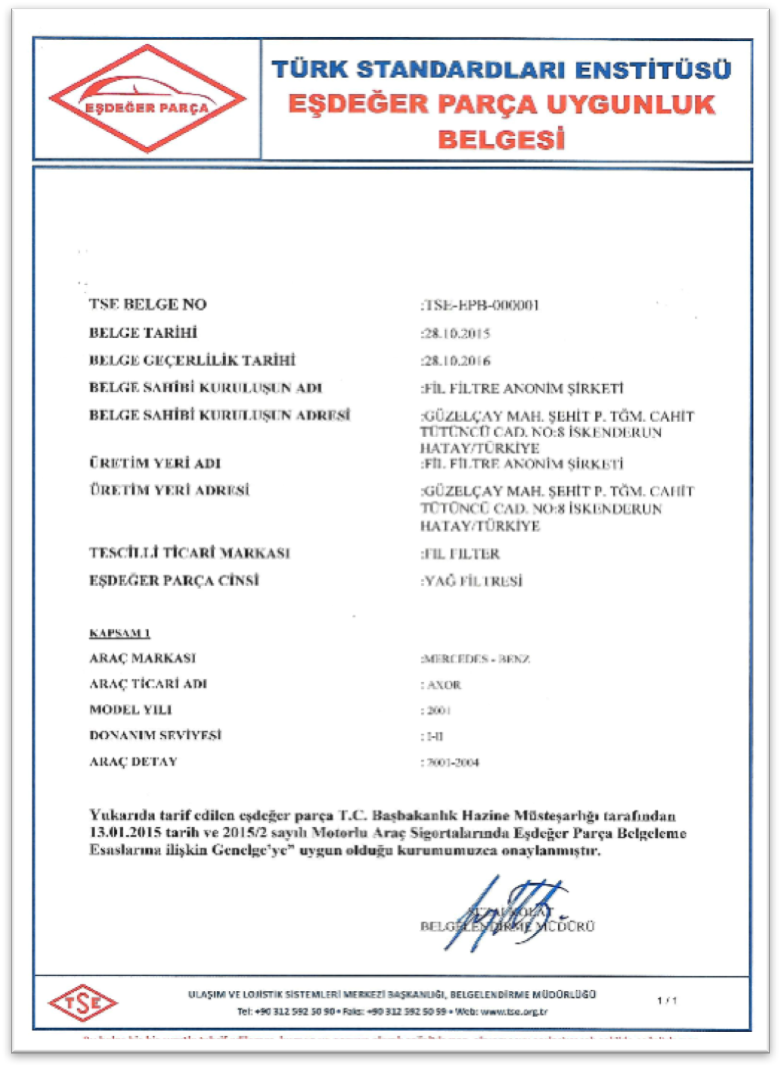